In Chinese Medicine, the weeks following birth are seen as a time of rest and recuperation for both mother and child, that comes with its own set of physical and emotional challenges.

Not only does breastfeeding deepen the bond between them during that time, but it is also without a doubt the best possible source of nutrition for the newborn child. Their own mother’s milk is the most digestible food for babies, and its composition changes naturally over time to match their needs. Children who have been breastfed usually have a stronger immune system than those who weren’t, and reduced risks of developping infections, asthma, allergies and other conditions later in life. Breastfeeding also benefits the new mother as well, by releasing hormones that help her body recover from the birth and pregnancy.

While modern alternatives have been developped, there is increasing awareness today that powdered formula, or milk taken from another species, cannot fully replicate the benefits of breastfeeding. For that reason, breastfeeding babies for at least six months to one year is strongly recommended, whenever it is a possibility.

What is the problem ?

Since a baby needs to be fed every two or three hours on average, and sometimes less,

he or she is bound to become hungry while in public at one point or another – in a park,

in a restaurant, or wherever a family might go.

This is when controversies arise : our culture spontaneously associates breasts with sex, to the point that even when breastfeeding in public is legally allowed, a nursing mother can still be confronted to negative reactions.

While a lot of places in Jerusalem and the rest of the country are usually safe, hostility and harassment do still happen, and women have been asked to leave shops or been publicly shamed for what was perceived to be indecent exposure.

This does not mean that breasts can never be seen in a sexual manner : they are an erogenous zone for women, and do play a significant role in human sexuality. Their first and main biological purpose, however, remains to provide nourishment for newborn children. And how could there be anything sexual in that ?

Where does this idea come from ?

Contrary to what we usually think, the notion that any kind of nudity is inherently sexual is, in fact, a modern idea. Studies on the subject have shown that disapproval of public breastfeeding did not appear in Western society before the 19th century, following the development of advertisement and the invention of processed baby food. In China, it is even more recent than that : breastfeeding in public was never in question there before the advent of social media in recent years.

In the past, when no alternatives existed, breastfeeding in public was the norm. Today, it is common and uncontroversial in many places around the world. Even in certain traditional societies where women are expected to be fully covered in public, breastfeeding is a well-accepted exception. It makes no sense that in our own society, sexualized images of nudity used as advertisement in shops or in public transports are accepted, but in the same places a woman might be shamed for breastfeeding.

Should anything be done ?

While some women feel more comfortable using a blanket or seeking a private spot, neither should be an obligation in any situation. There is a huge difference between looking for a quiet location for your own comfort and hiding in public toilets to avoid harassment.

No woman should have to breastfeed her child in the bathroom in the restaurant when the rest of the family can eat at the table, or to cover herself and her baby so that other people feel comfortable.

In the park or the shopping mall, if a stranger repeatedly asked you to leave because you were eating a sandwich, they might be sued for harassment. A baby has the same right to eat in peace as anybody else.

A nursing mother’s right to breastfeed anywhere it is needed should be protected by law, and anyone who disturbs her by demanding she stops or requesting she leaves should be subjected to fines, as is already the case in many countries around the world. We cannot, as a society, place importance on public health and family values, and still allow mothers to be targeted for making choices that favour their children’s wellbeing. 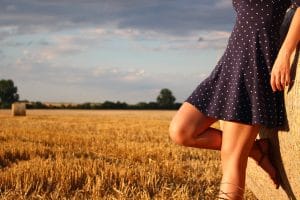